New Stage Theatre hires acting and directing apprentices every season.
Click HERE for more information or to apply for an apprenticeship. 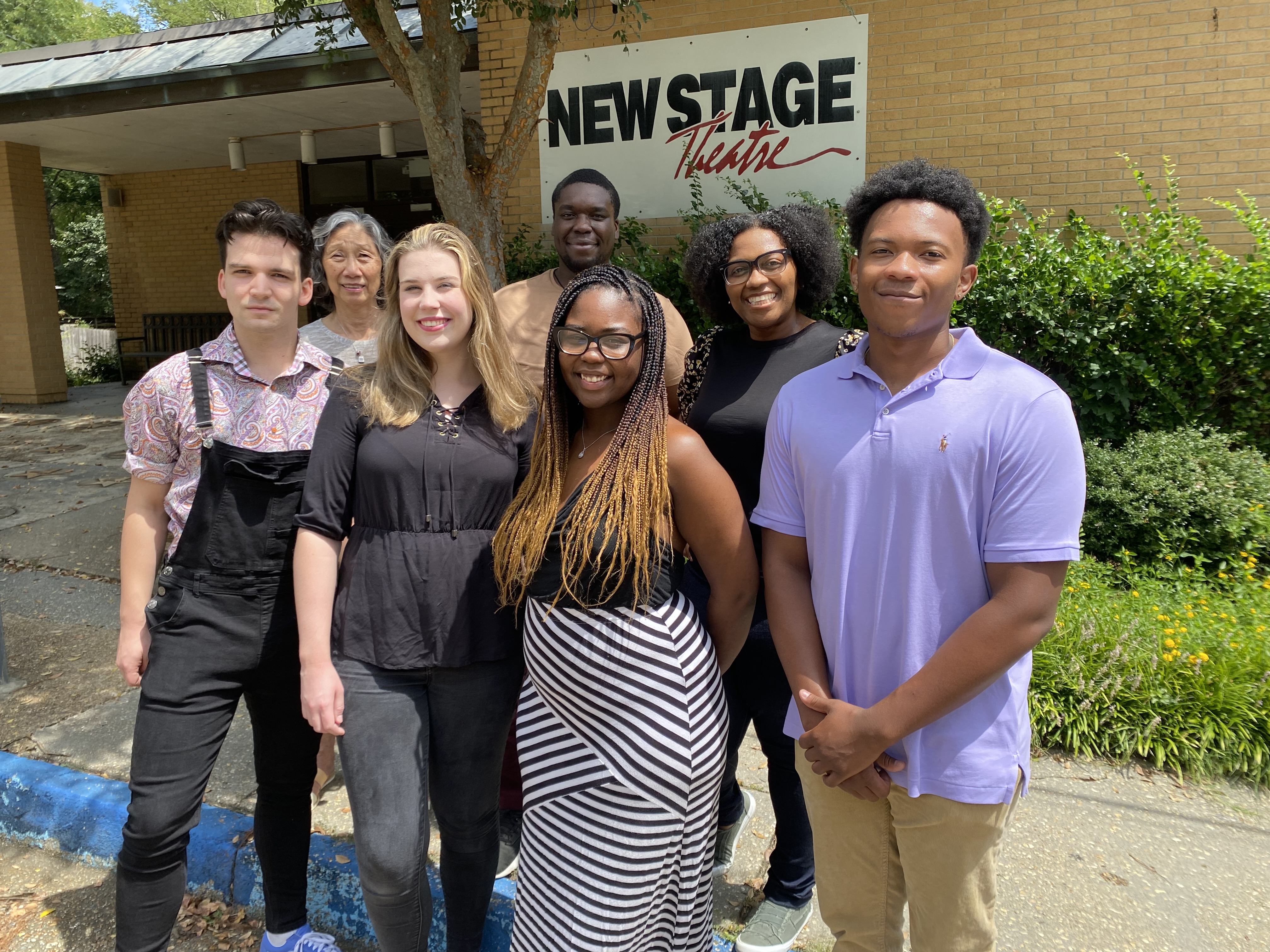 TIM MAGEE (Acting Apprentice) is currently a sophomore at Hinds Community College and is currently applying to BFA acting programs across the nation. He attended the Mississippi School for the Arts in Brookhaven and Murrah High School in Jackson. He is currently an apprentice at the theatre, and was the assistant acting instructor in the 2022 Broadway Jr Day Camp at New Stage. He has been in New Stage’s A Christmas Carol, Aladdin, Jr., Once On This Island Jr., Beauty and the Beast, and a few Youth Acting Troupe productions with his last one being As You Like It. In his free time, he enjoys spending time with loved ones, sports, and watching movies. Magee would like to thank his parents and friends for their love and support, and the New Stage staff for their teaching and guidance.

LINDSEY NEVILLE (Directing Apprentice) is A 2020 graduate of Clemson University with a B.A. in performing arts with a concentration in theatre and an emphasis in directing as well as a B.A. psychology. In undergrad, she gained directing and assistant directing experience both at Clemson and at The Warehouse Theatre in Greenville, S.C. Since graduating into the COVID-19 pandemic, Neville has worked as an aide for a child with autism and been on the crew of two feature films. As theatres began reopening in various capacities, she has been an intern at 7 Stages Theatre in Atlanta, Ga., directed at May River Theatre in Bluffton, S.C., and directed at French Woods Festival for the Performing Arts in Hancock, N.Y. As a director, she strives to create small yet saliently relatable moments onstage; a look, a breath, or a moment of hesitation can clearly reflect experiences that audiences can identify with. Neville is thrilled to be starting a new journey as the directing apprentice at New Stage Theatre. lindseymarieneville.com

CLAIRE JUSTICE PORTER (Acting/Directing Apprentice) is so excited to be a part of the cast of Clue! Porter is currently a member of the New Stage Apprenticeship team as the acting/directing apprentice. She has appeared at New Stage Theatre previously in 9 to 5: The Musical and Beauty and the Beast. She is a recent graduate with a BFA in acting for the stage and screen from the University of Mississippi, where some of her favorite roles included #25 in The Wolves and Paulette in Legally Blonde. Much love to her family and friends who endlessly support her! @clairejusticeporter

AUSTIN RUSSELL (Acting Apprentice) is an Actor, Writer, Combatant, and Director — as well as an alum of the University of Memphis College of Theatre and Dance. He has performed all around the eastern United States professionally, most recently performing in Memphis and Western North Carolina. Some of his favorite roles recently have been — Tony Kirby in You Can’t Take It With You, Dennis Nedry in a movement-based adaptation of Jurassic Park (YEP. You read that right), and Robin in Neurochemicals — a self-written new work that performed in the Southeastern Theatre Conference Fringe Festival. When not on stage, you can catch Russell running around the city with a coffee in one hand, and his Canon Rebel Camera in the other — or finding his way up to the Grove whenever he can #HYDR. He would like to thank this ensemble, his family, the community of Jackson, and God for constantly helping him seek personal happiness, love, and passion in his life. aus10russll.wixsite.com/austin

RAKAELA THOMPSON (Acting Apprentice) was born and raised in Pearl where she attended Pearl High School. She recently received a BFA from The University of Southern Mississippi. She has been involved in several wonderful productions such as Blues for an Alabama Sky, Once in a Lifetime, A Midsummer Night’s Dream, Much Ado About Nothing, and She Kill’s Monsters. She was president of Harlem, a BIPOC organization that focused on helping BIPOC students in the theatre department learn their voice in a safe space. She is very grateful to be part of the New Stage family and to have the privilege to work with such a wonderful group of diverse people.