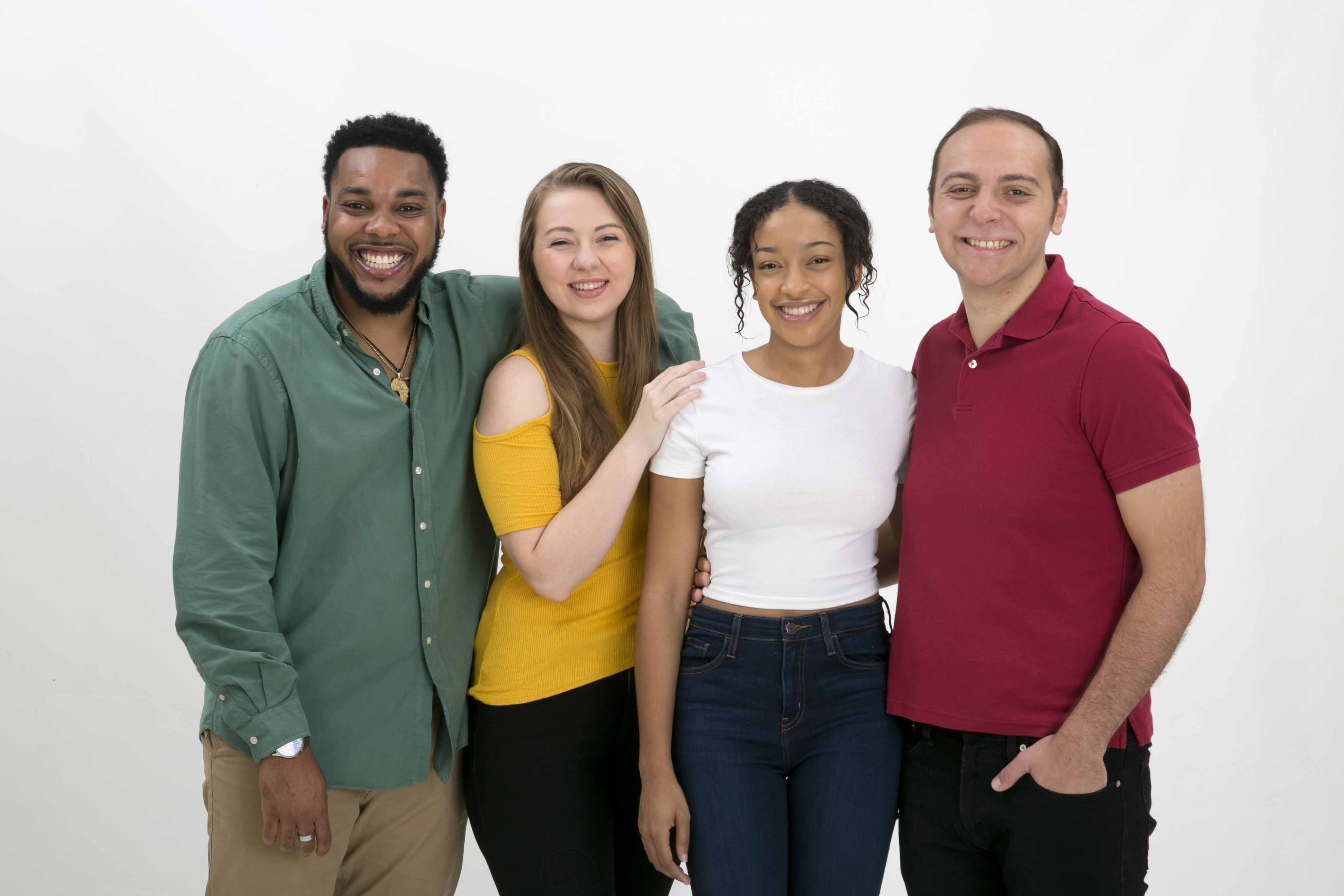 ELLIE BOISSEAU is a graduate of University of Memphis with a BFA in theatre with a concentration in musical theatre. She is excited to be a part of this theatre community, and to be an apprentice at New Stage Theatre. Favorite credits include: The Sparrow (Emily Book), Nine (Luisa Contini), Othello (Desdemona), The Servant of Two Masters (Clarice), and Into the Woods (Rapunzel). She gives thanks to her family for their everlasting support, to Blake and his unwavering love, and all her friends who’ve lifted her up her through thick and thin.

KYLE DEVIN HUNTER is from Tallahassee, Fla. and graduated from Florida Agricultural & Mechanical University (FAMU) with a BFA in theatre arts with a minor in philosophy and religion. Hunter made his Essential Theatre debut in Dumb Waiter (Gus). He has since been seen in Cat on a Hot Tin Roof (Gooper), Akeelah and The Bee (JT), Change It Up! Live Out Loud (Ensemble), and Sing on Ms. Griot (Kimathi). Hunter was also cast in In the Red and Brown Water (Ogun Size) and nominated for the Kennedy Center American College Theatre Festival competition. He has also been a reoccurring ensemble member in the 32nd, 33rd, and 34th Edition of The FAMU Connection.

JAYMI HORN is a recent graduate of Ohio Northern University where she received a BFA in musical theatre. She is extremely excited about the opportunity to work at New Stage Theatre. Some of her favorite theatrical roles include Jesus in Jesus Christ Superstar, Lucy in Elysium, and #2 in The Wolves. Other theatrical credits include Romeo and Juliet, Young Frankenstein, and Lysistrata. She would like to thank her family for their unwavering support and she would also like to thank the members of MT19 for their never-ending encouragement.

CHRISTOPHER SFERRA is super excited and thankful to be making his New Stage debut this season! He recently graduated from Southern Methodist University with a BFA in theatre. He is currently a 2019-20 apprentice at New Stage. At SMU, he played such roles as Trouble/Doctor in In The Blood and Adult Male in Spring Awakening. Professionally, he has played such roles as Dr. Watson from The Hound of the Baskervilles (Jean’s Playhouse) and Bruce Ismay from Titanic: The Musical (Jean’s Playhouse). Sferra would like to thank his mother for her love and support! Lastly, he would like to thank his Lord and Savior Jesus Christ!