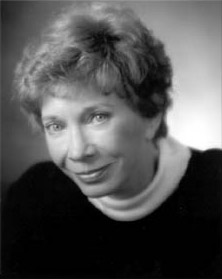 Thirty-two years ago, a small group of Jacksonians began a journey to bring a new philosophy of theatre to Jackson. They took an old church building, named it New Stage and boldly proclaimed that “we have this hope” to offer Jackson professional theatre – to present the best in classical, contemporary drama and comedy, experimental theatre and original scripts.

The guiding force, the passion and the heart of that determination then and for the next 27 years was Jane Reid-Petty, whose extraordinary devotion and commitment made the hope a reality.

From the initial idea, Jane guided New Stage every step of the way – from first funding and searching for a professional director to the relentless drive toward full professionalism. She served as the theatre’s first managing director, first benefactor, president of the board, fundraiser, playwright, actress, directors and always sparker, innovator, activator. By the time she accepted her first salary from New Stage in 1983, she had given the theatre 17 years of hard work and dedication.

She was the theatre’s first producing director and then producing artistic director from 1983 – 1992. During those years, New Stage realized its most audacious dream. It became an Actors Equity House, staffed with professionals backstage, on stage, and in the front office. Jane launched the Eudora Welty New Plays Series and under her leadership, the theatre began the corporate funding of individual plays, started the Arts in Education program, the intern program, and Shakespeare in Schools.

America has theatres named for directors, The Joseph Papp Theatre; for benefactors, The Vivian Beaumont; for actresses, the Helen Hayes; for playwrights, The Eugene O’Neill; for producers, the Shubert. The New Stage Theatre Board of Directors wishes to honor one who fits all these categories.

Now therefore let it be resolved that the buildings and property belonging to New Stage Theatre at 1100 Carlisle Street in Jackson, Mississippi, be designated as the Jane Reid-Petty Theatre Center to honor her vision, energy, commitment and accomplishment as director, benefactor, playwright, producer and actress.

This resolution is dated July 24, 1997 and is signed by Barbara Austin, President- Board of Directors