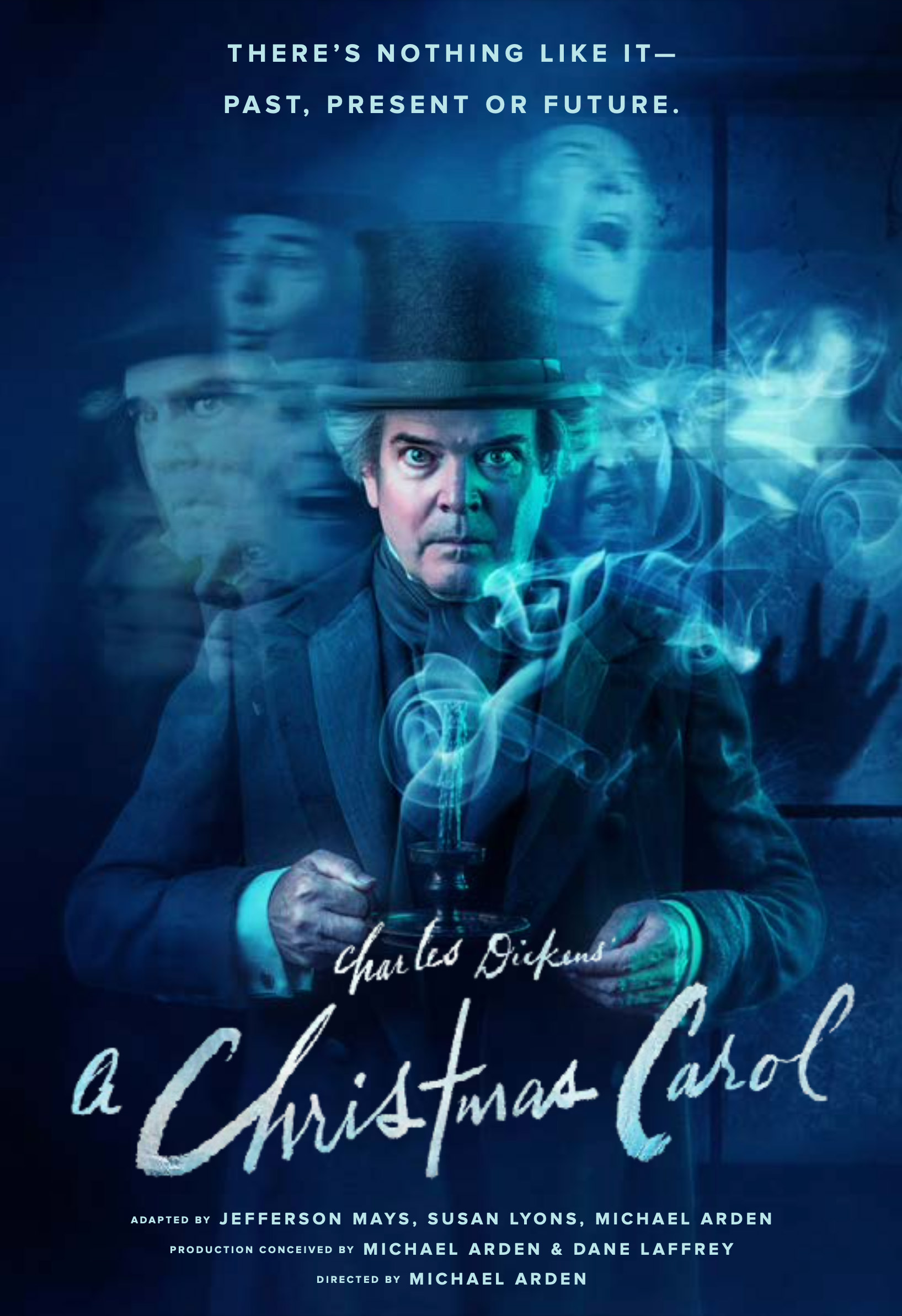 BREAKING: CHRISTMAS IS NOT CANCELLED!
“GOD BLESS US EVERYONE!” EXCLAIMS LOCAL BOY

Experience A Christmas Carol unlike any other – past, present or future. The timeless tale of Ebenezer Scrooge comes to thrilling new life as Jefferson Mays plays over 50 roles in a virtuosic, master class of a performance that must be seen to be believed. This theatrical achievement comes from the haunting vision of one of Broadway’s most imaginative directors, Michael Arden. Staged exclusively for this film and captured live with breathtaking clarity, this must-watch streaming event conjures the powerful spirits of Christmas and brings all the magic of live theatre home for the holidays. A Christmas Carol was filmed at New York’s United Palace, chosen to preserve the power of the theatrical storytelling Mays and Arden have created.

New Stage Theatre and producer Hunter Arnold unofficially kicked off the holiday season early by announcing that a special filmed version of Charles Dickens’ beloved holiday classic A Christmas Carol starring one of the finest stage actors of our time, Tony Award® winner Jefferson Mays, will be released worldwide on Saturday, November 28. This streaming video event will benefit New Stage Theatre as well as other community, amateur, regional theaters across the country which have been devastated by the pandemic. Directed by two-time Tony Award nominee Michael Arden, adapted by Mays, Susan Lyons, and Arden, and conceived by Arden and Tony Award nominee Dane Laffrey, the filmed version is based on the wildly acclaimed 2018 production which made its world premiere at Los Angeles’ Geffen Playhouse.

PLEASE NOTE:This is not a New Stage Theatre production. We do not have control over ticketing and we are not responsible for the delivery of streaming content. On The Stage is the streaming company for this show, and will be donating a portion of sales to New Stage Theatre and their other partners to support non-profit theaters during the pandemic. All sales are final, no refunds.