Every Thursday New Stage will release a Virtual Play Reading or a New Stage Dialogue. The plays will be original new works presented as part of the Eudora Welty New Plays Series or Mississippi themed plays for the Mississippi Play Series. The New Stage Dialogue will include conversations with New Stage artists and community partners on a variety of topics in relation to New Stage productions. The virtual series continues New Stage’s mission to develop original, and Mississippi themed work, and enables the theatre to keep employing artists. These online experiences are a project of the new Thursday Night Plays, Conversations & Cocktails with New Stage Theatre Series that debuted in September! We’ll also share a signature cocktail recipe that connects to the evening’s play or topic. These will all be ONLINE events.

A re-imagined prequel to Tennessee Williams’ A Streetcar Named Desire, Under the Lantern Lit Sky explores Blanche Dubois’ early adult years in Mississippi and tragic first marriage. Developed as a play and filmed as a narrative feature in summer 2019, Under the Lantern Lit Sky explores what we risk for those we love in 1930s Mississippi, a place where individualism was thwarted and sexuality questioned.

Co-directors Jaclyn Bethany and Michelle Bossy will be joining the company for a post reading discussion. Audience members will have the opportunity to ask questions and make comments through the chat feature. The virtual series continues New Stage’s mission to develop original, and Mississippi themed work, and enables the theatre to keep employing artists. 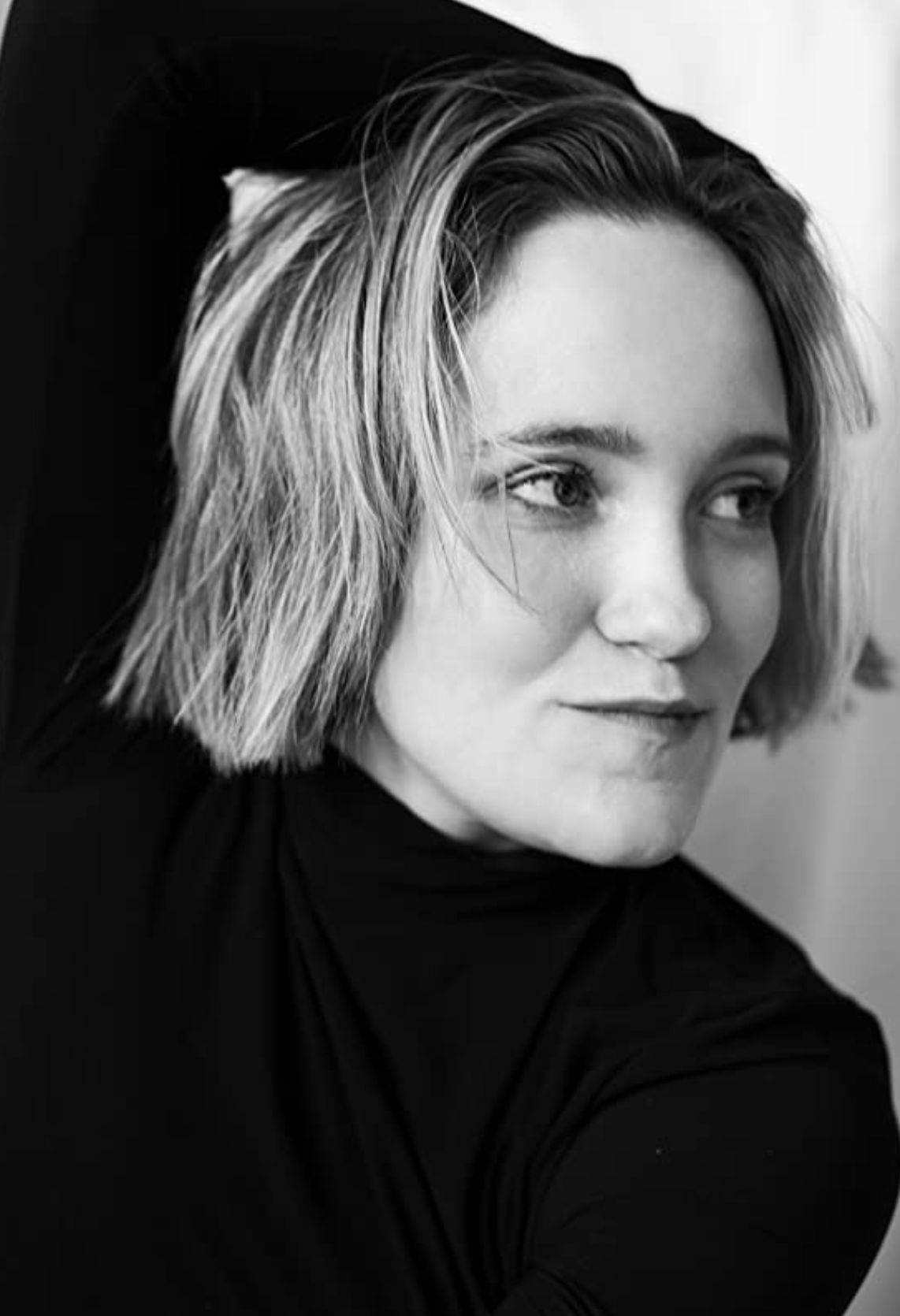 Jaclyn Bethany is an actress and Emmy award-winning filmmaker. Called “fast rising” and “one to watch” by Variety Magazine, she is a recent graduate of the prestigious American Film Institute Conservatory with an MFA in Directing. She has written, produced, and directed numerous short films which have played festivals worldwide. Her AFI thesis film The Delta Girl starring Isabelle Fuhrman and Caitlin Carver premiered at Holly Shorts in 2018. In addition to AFI, Bethany holds a B.A. in Acting from Fordham University and an M.A. in Screenwriting from The London Film School. The Rehearsal, her digital series in which she created and stars, recently won an Emmy Award for Best Supporting Actress in a Digital Drama. Her first feature film Indigo Valley, praised by critics for its subtle, natural performances was released by Giant Pictures and is available via Amazon and Apple TV. She is currently in post-production on her second feature Highway One, an ensemble dramedy set on New Year’s Eve. Bethany is currently working on an anthology of features shot during the pandemic highlighting dark moments of the elite in American culture and the misrepresentation of the American dream. The first in this series, Before the World Set Fire featuring Brooke Bloom (She’s Lost Control) and Samuel Levine (Broadway’s The Inheritance), recently wrapped shooting in September, followed by the second in this series The Falling World, featuring an ensemble cast. As an actor, she will next be seen in David Fincher’s Mank for Netflix, indie feature Under the Lantern Lit Sky, and British art-house film Venice at Dawn. Her theater credits include workshops and productions at Clubbed Thumb (Off-Bway), Powerhouse/NY Stage and Film, the Berkshire Theatre Festival, Arcola Theatre (London), among others. She is represented by Buchwald. 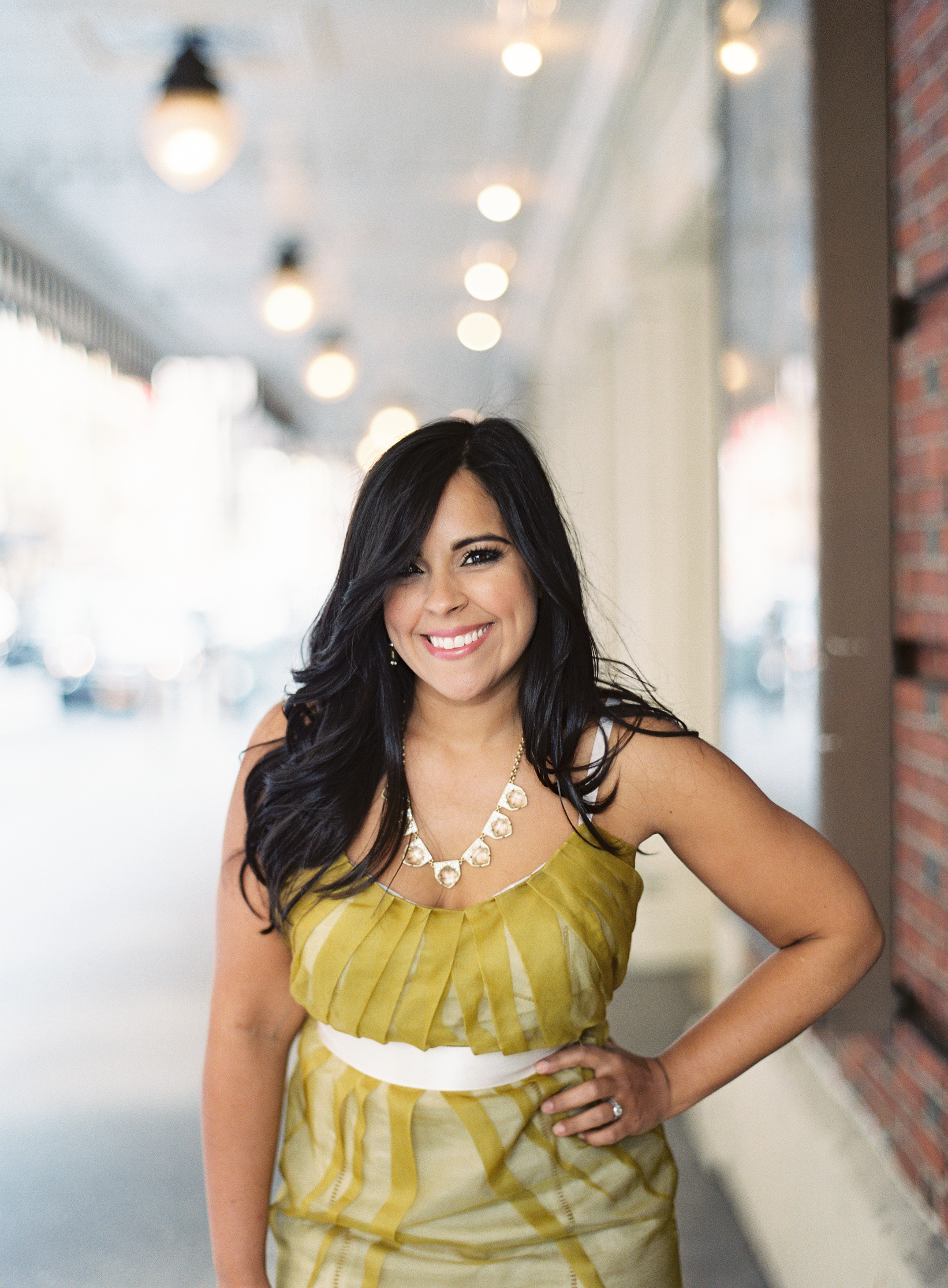 Michelle Bossy is a bicoastal Mexican-American film, television, and theater director. Recent films Bossy has directed include Under the Lantern Lit Sky (feature), Chance of Showers (Dances with Films, Burbank International Film Festival) by Julie Craig and Alex Ellis, The Trespassed (Santa Fe Film Festival) by Raul Garza, Incurable by Josephine Cashman, Miracle Baby by Steven Fechter (Los Angeles Shorts), Friendly Neighborhood Coven (DUMBO Film Festival, Golden State Film Festival) by Caroline V McGraw, Ladies Lounge (Winner: Los Angeles Cinefest, Oaxaca Film Festival) written by Caroline V. McGraw, 18 (world premiere, Austin Film Festival), written by Courtney Baron, She Grinds Her Own Coffee (St. Louis International Film Festival, New York Short Film Festival), written by Cheri Magid; and The New 35 (St. Louis International Film Festival, Atlanta Shortsfest, Nevada Women In Film Festival, Burbank International Film Festival, LA Comedy Festival, among others), written by Leslie Korein. Bossy collaborated with Maria Alexandria Beech on TeleMAMAS, a pilot. She also directed the web series There’s a Special Place in Hell for Fashion Bloggers, written by Amelia Alvarez. She has directed music videos for the band Yassou, and the singer/songwriter Brooke Josephson. Theater projects Bossy has directed include Lady MacBeth and Her Lover by Richard Vetere, Sex with Strangers by Laura Eason, Every Good Girl Deserves Fun by Heidi Armbruster, Sex of the Baby by Matthew-Lee Erlbach, Cloven Tongues by Victor Lesniewski, Un Plugged In by Brian Pracht, South Beach Rapture by David Caudle, and Sarajevo’s Child by Katie Simon, amongst many other new plays. She directed the world premiere of Little Monsters by Maria Alexandria Beech, and created the musical High School Confidential for Primary Stages with writers Janet Reed, Dan Ahearn, Sara Wordsworth and Russ Kaplan. Some developmental readings she has directed include The Peterson Show by Janine Nabers (CTG, Echo Theater Company), Smile by Melissa Jane Osborne (IAMA), EL by Raul Garza (at Two River Theater), Miller, Mississippi by Boo Killebrew, The Infinity Pond by Maria Alexandria Beech, and Eat Your Heart Out by Courtney Baron (all at Perry Mansfield New Works Festival), Bicycle Girl by Rogelio Martinez (at Repertory Theater of St. Louis), Gloria by Maria Alexandria Beech (EST), Mercy by Adam Szymkowicz, and May Day by Molly Smith Metzler. Bossy was the associate artistic director of the off-Broadway theater company Primary Stages, where she worked for thirteen years. While there, she ran the Dorothy Strelsin New American Writers Group, where she worked with over twenty-five emerging writers on the creation of new plays. Bossy holds the first undergraduate directing degree from Webster University’s Conservatory of Theatre Arts. She teaches acting and playwriting for the Einhorn School of Performing Arts (ESPA), playwriting and acting for NYU, and directing for Syracuse University’s Tepper Semester. Bossy is the recipient of the Denham Fellowship awarded by the Society of Directors and Choreographers for her work on There and Back in San Miguel de Allende, MX, and Los Angeles, CA. Bossy was a semifinalist for the HBO Access Program, and a finalist for the AFI Conservatory Directing Workshop for Women. Member: Lincoln Center Director’s Lab and SDC. 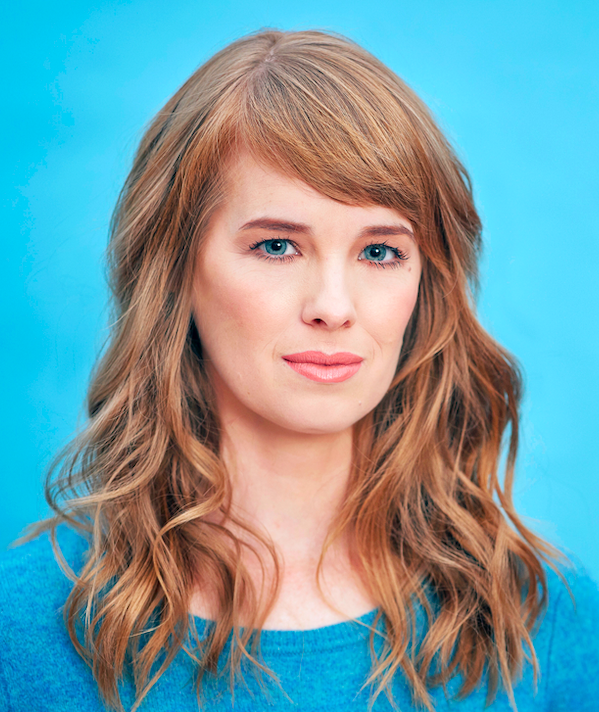 Christy Escobar has TV credits that include Dietland (AMC), Blindspot (NBC), and The Rehearsal (Emmy award-winning digital series). Film credits: Who We Are Now, Anomalous, Untitled Short Film About White People, The Brick Wall, Viral Beauty, Bright Morning as well as the upcoming The Man in the Woods and Under the Lantern Lit Sky. You can currently watch her in Loser Leaves Town streaming on HBO. New York theatre: Beginning Days of True Jubilation as part of the New Ohio Ice Factory, Scissoring at INTAR, The Hollow at The Brick, Lady Macbeth and Her Lover at the Director’s Company, Jesus Hopped the A Train at the Atlantic, The Artist of the Beautiful at the Metropolitan Playhouse, Hello, Red! (Best Actress nomination, Strawberry Theater Festival), as well as workshops at the Public, Joe’s Pub, Playwright’s Horizons, The Rattlestick, Red Bull Theatre, The Women’s Project, The Lark, and New Dramatists. Regional credits include the world premiere of Queen of Basel at the Studio Theatre, Bad Jews at Long Wharf Theatre, The Great Gatsby at Virginia Stage Company, Murder on the Nile and Fantastic Mr. Fox at the Dorset Theater Festival, and Around the World in 80 Days at the Berkshire Theatre Group. Escobar is a proud company member of Society Theatre. Winner of New Dramatists Charles Bowden Award. MFA – New York University, BFA – UC Santa Barbara. 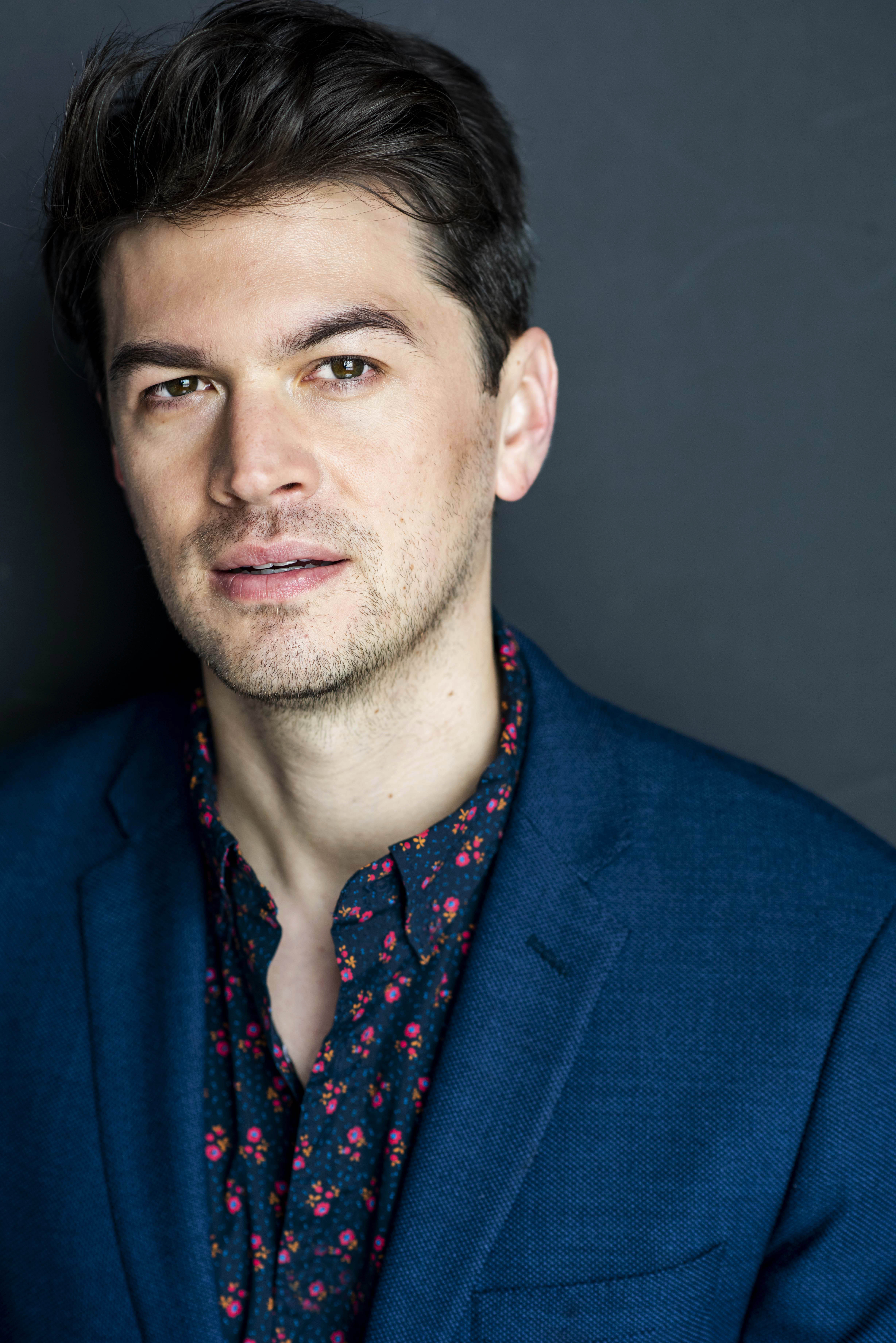 Devin Kawaoka has appeared Off-Broadway in City Of (Playwrights Realm) and Unnatural Acts (CSC), for which he received the Rosemarie Tichler Award. Regionally he has worked at the Westport Country Playhouse, Pioneer Theatre Company, Shakespeare Theatre of New Jersey, and the Geva Theatre Center. TV/Film: American Housewife, Marvel’s Runaways, Criminal Minds, Good Trouble, The Path, I Just Want My Pants Back, Surviving Family, The Trouble with Cali, Submission, and David Robert Mitchell’s Under the Silver Lake. MFA: NYU Graduate Acting. 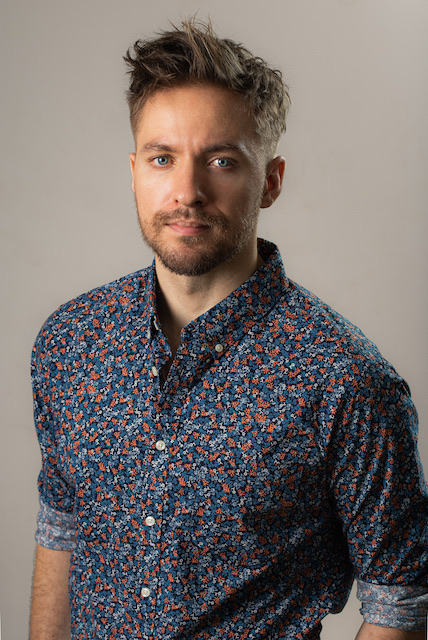 David Kepner is currently finishing up his final year at UCLA for an MFA in theater. From his time there, he’s played the titular role in Aphra Behn’s The Rover and the evil, yet farcical character of Roma in Brecht’s The Resistible Rise of Arturo Ui. He also starred in the UCLA short film Playing It Straight (2019). Other MFA theater credits include Ralph in The Mother F***er with a Hat, and Dean in Gloria. Knepper also received a BA in theater arts and secondary education from Boise State University. His directorial debut of GEORGEANNE.mov (2019) won Best Mockumentary Micro-Film Award at the Portland Comedy Film Festival in 2020. Other professional and educational theater credits include: Prentiss in Peter and the Starcatcher (Company of Fools, ID), Mercutio in Romeo and Juliet, Dennis in This is Our Youth, Hector in Troilus and Cressida, and Martin in Seminar. 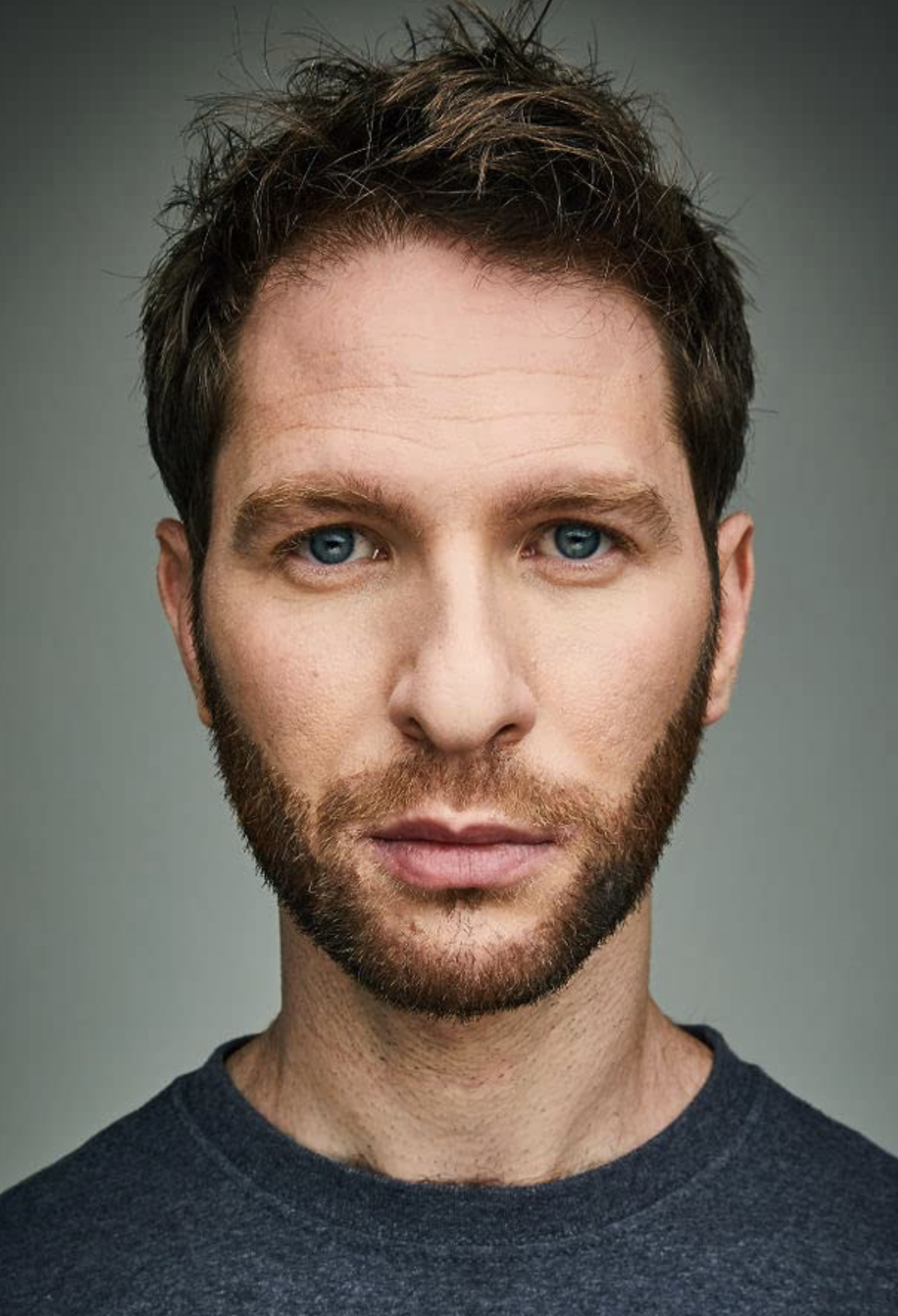 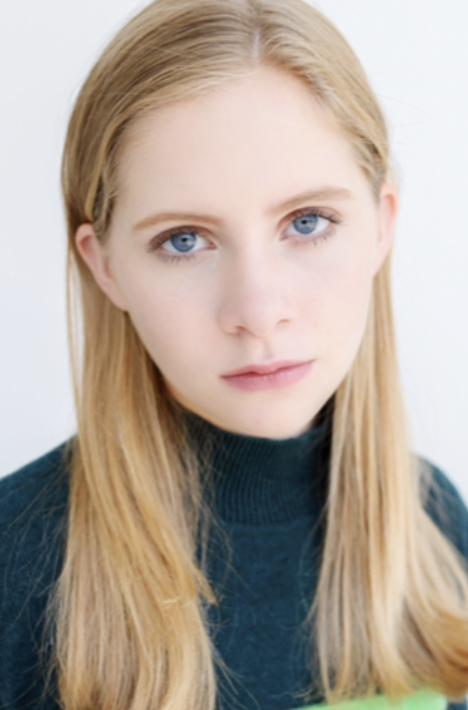 Elizabeth Teeter was last seen in New York as Lily in Atlantic Theater Company’s 2019 Off-Broadway production of The Secret Life of Bees. Broadway credits include Betty in Ivo von Hove’s 2016 Tony nominated revival of The Crucible; Young Elizabeth in The Audience, starring Helen Mirren; and Jane Banks in the closing company of Mary Poppins. Other NYC credits include workshops of Merman’s Apprentice with Desi Oakley, Lord Tom with Phillip Boykin, Ever After directed by Kathleen Marshall, and more.  Regional credits include performances with The Muny, The Rep, Opera Theatre St. Louis, The Tennessee Williams Festival (most recently recorded The Glass Menagerie), and Variety Theatre. TV/Film: Leaving (short film) and upcoming guest on The Last O.G. on TBS. Special thanks to Lisa Campbell Albert for her endless vocal wisdom and guidance and to Katie Britton at Buchwald. @elizabethteeterofficial 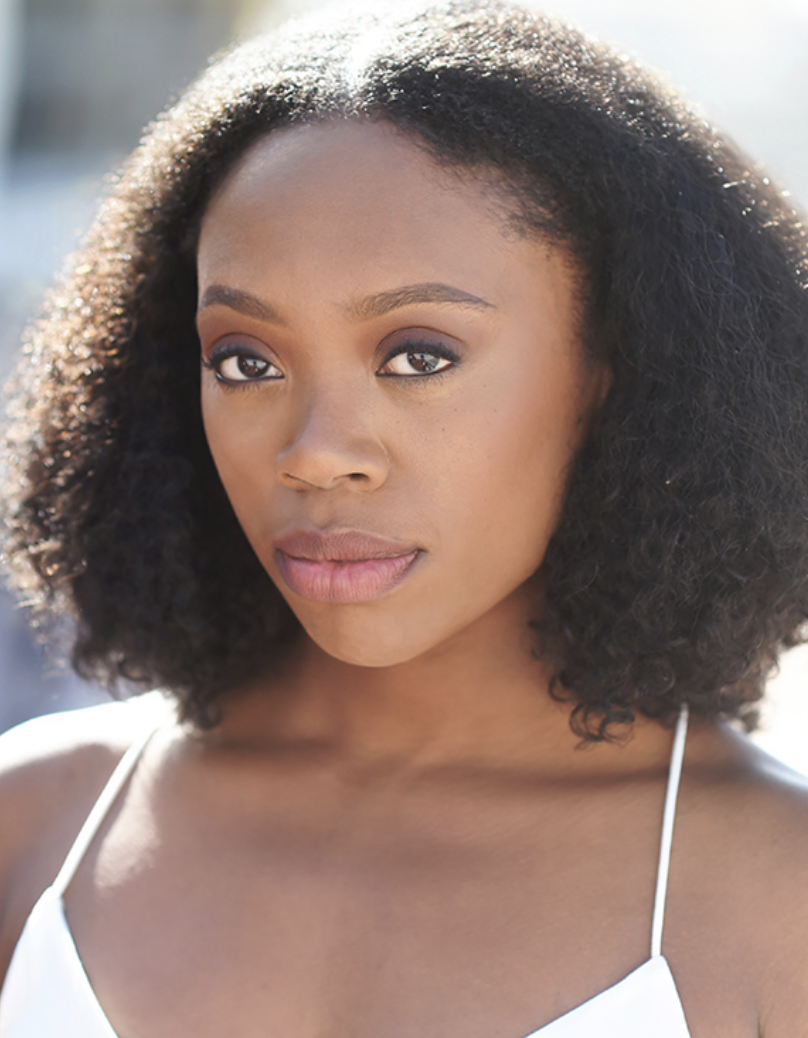 Akilah A. Walker is an actress, writer/director, and creative producer who has always been fascinated by the performative, the magical and the absurd–especially as it relates to people of the Black diaspora. Walker was recently cast in the ABC/Disney Discovers Talent Showcase. In 2020 Walker and Diana Gonzalez-Morett co-founded Good Mother Films, a woman of color led company whose stories are made for and with communities. They are currently developing, FREEDA, a TV series based on a true experience of an American personal driver working for foreign Saudi royalty, in the secretive hills of Bel Air. Ivar Tunnel: Shook Ones will be Walker’s debut as an auteur (Writer/Director). She co-directed Broke Brie along with Khomari Flash, a television pilot following a young woman living in LA on a hilariously tight budget. Broke Brie premiered at the Women of African Descent Film Festival in April 2018. Primarily an actress, Walker has an MFA in acting from American Conservatory Theater in San Francisco as well as a BA in acting from Fordham University. She has previously performed with Classical Theatre of Harlem, New York Stage\\ & Film, Aurora Theatre Company, and Berkeley Rep, just to name a few. On film, she can be seen in Under The Lantern Lit Sky from Emmy-nominated director Jaclyn Bethany and Sorry To Bother You helmed by the legendary Boots Riley. Originally from Atlanta, Walker is now proud to call Los Angeles home. She is also a muse, as she posed as the basis of renown contemporary artist Kehinde Wiley’s sculpture Bound, which opened at the Brooklyn Museum in 2015.