The mission of New Stage Theatre is to provide professional theatre of the highest quality for the people of Mississippi and the Southeast.

New Stage is committed to producing important contemporary works and classics, selected for their artistic merit and their power to illuminate the human condition. Challenging new works in development are included through the Eudora Welty New Play Series named for the distinguished writer and the Mississippi Plays Series.

The theatre is dedicated to cultivating and educating a culturally diverse audience by gathering the finest available resources including playwrights, actors, directors, designers, technicians, administrators, trainees, and board members. Integral to the theatre’s total effort, its education department maximizes its potential by offering artistic and technical apprenticeships, by mounting apprentice touring programs supported by teachers’ materials for schools statewide, and by developing curricula for and teaching youth and adult classes.

New Stage Theatre was chartered as a nonprofit organization in 1965 and produced its initial season in the winter and spring of 1966. Founded by Jane Reid Petty and seven other charter board members, with the assistance of the American National Theatre Academy and Actors’ Equity Association, the theatre has been dedicated to professional excellence in the dramatic arts since its inception.

Ivan Rider was the theatre’s first artistic director and served in that capacity until 1979. A gifted professional, Rider established the high artistic production standards that remain the hallmark of New Stage programming today.

New Stage’s first home was an adapted church at the corner of Gallatin and Hooker Streets. The full houses for its opening season were significant: they represented the city’s first racially integrated theatre audience and playgoers’ response to more intellectually stimulating theatre fare than had been previously available locally. 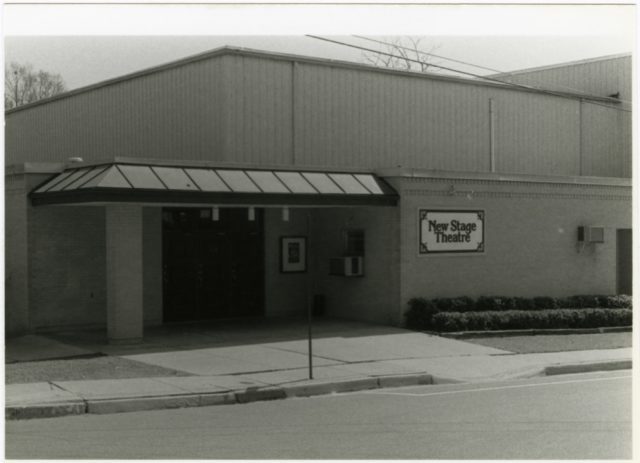 New Stage produced 13 seasons in the 150-seat church before moving to its present site in Belhaven in 1978. Built in 1963 for the Jackson Little Theatre, the 12,000 square foot structure includes the 364-seat Meyer Crystal Auditorium, and a flexible, smaller performing space, the Jimmy Hewes Room. The theatre also owns the five other structures on site, four of which are used for actors’ housing and one for offices. In 1997, the theatre complex was designated as the Jane Reid Petty Theatre Center in recognition of the New Stage founder’s contributions to the development of professional theatre in Mississippi.

Now in its 56th year, New Stage produces a full professional season, including five main stage shows in the subscription series, a Holiday show, children’s shows, the Unframed at New Stage Theatre Series, and selections in the Mississippi Plays Series, and the Eudora Welty New Plays Series, named in honor of the internationally acclaimed writer, a lifetime member of the theatre’s board of directors.

As a professional regional theatre, New Stage is committed to exploring new worlds of theatre, including challenging new works in development, important contemporary plays and classics selected for their artistic merit, their power to illuminate the human condition and their impact on the community. 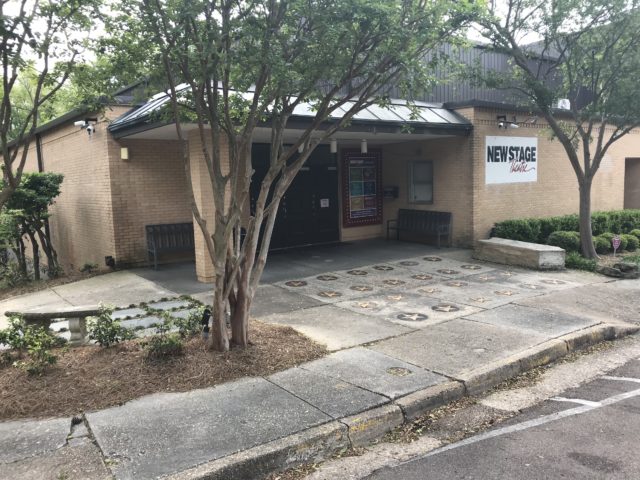 The Eudora Welty New Plays Series, established in 1984, has premiered scripts by Reynolds Price, Jim Lehrer, and native Mississippian Gary Grubbs. As founder Jane Reid Petty said when the Welty Series was initiated: “At New Stage, our energies are directed toward sustaining a vital environment in which artists can work together to achieve their finest moment onstage. Mississippi audiences are bred on the rich literary heritage of the state – William Faulkner, Eudora Welty, Richard Wright, and they respond to the dramatic event that is rooted in the playwright’s words and vision. Our emphasis on new work evolves from this heritage. The Eudora Welty New Plays Series provides the creative meeting of playwright and performing artists that nurtures the art of the dramatist and the present and future vitality of the American theatre.”

In 1989-1990, the theatre established a formal education department, created a professional apprenticeship program, and hired an education director to coordinate the apprenticeship program, acting classes, and day camps for students and to direct a touring program to take live theatre to schools across Mississippi. New Stage Theatre Education Department received the Governor’s Award for Excellence in the Arts in 1995 for its efforts to introduce tens of thousands of young Mississippians to live theatre. And in 2019, the theatre received the Governor’s Award for Excellence in Theatre.

A board of directors who comprise the only members of the corporation governs the theatre. Board members head committees which oversee the artistic and business operations of the theatre.

Programs of New Stage are made possible in part by a grant from the Mississippi Arts Commission, a state agency.